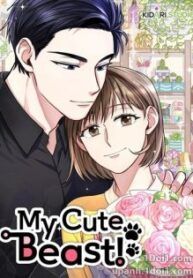 As the saying goes – never judge a book by its cover. Da-im is a lovely elementary school teacher, as well as a savage who can rip anyone apart with the fiercest comebacks. On-gym is a florist with a heart of gold, who often gets misunderstood because of his intimidating looks. But as incompatible as they seem, their shared love of cats starts pulling the unlikely pair closer together… Here comes an upbeat romantic comedy between a sassy bunny and a sweet beast!
My cutest beast!